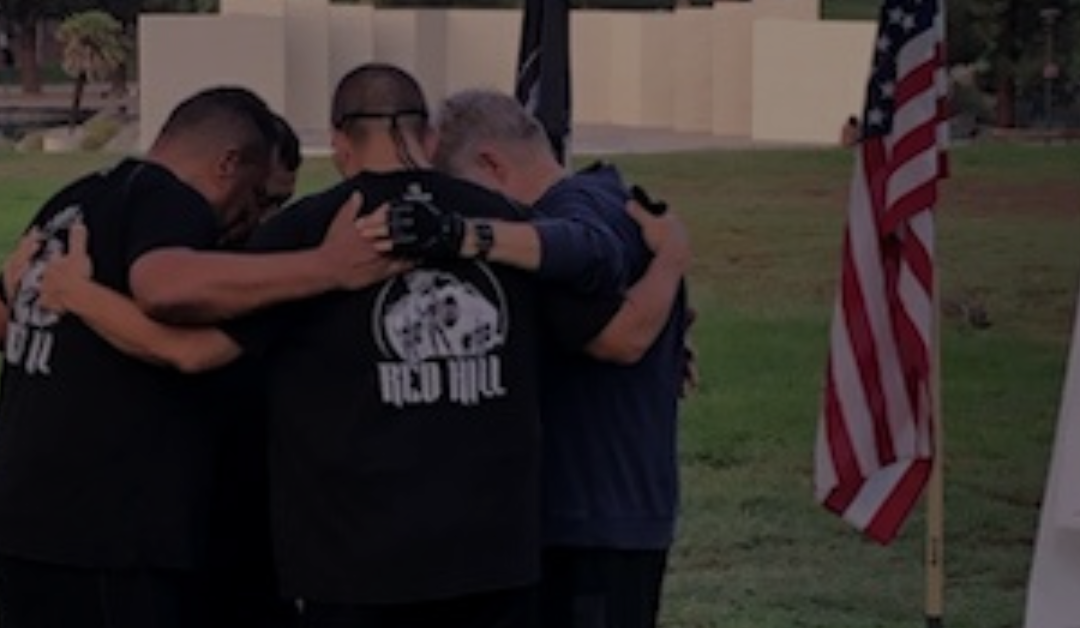 On September 25, 2022, I read an article in the New York Times entitled “For Suburban Texas Men, a Workout Craze with a Side of Faith” by Ruth Graham. Two things about the article struck me. First, the fiery epicenter of “F3,” the faith-influenced workout “craze” to which the feature referred, was in Katy, Texas. Second, the New York Times had published a profile of a faith-based program without ridiculing it or the people in it. Both these aspects of the article told me that I should look further into F3.

First, let me explain about Katy. I do only a few speaking engagements a year. A couple years ago, I accepted a request to speak to the curriculum committee of the high schools in the Katy, Texas school district. This was a purely instinctual decision based almost solely on the fact that my daughter’s name is Katie and that any town named after a Katy of any spelling would probably be a good place. As it turned out, this was true in ways I did not foresee. Katy is a burgeoning suburb of Houston, a series of newly created housing developments. That might be unremarkable, but the curriculum committee of the Katy public high schools turned out to be dedicated to the excellence of their graduates in a remarkably ambitious way. They had set their aspirations high, intending to graduate every student with the ability to go to college AND to immediately be hired into a trade where they could earn a good living. Think welders and carpenters, but also think rodeo clowns and animal husbandry. I left feeling that the young people growing up in Katy had a better-than-average chance of making it in the world. Would that the rest of the teenagers in the country could have such an opportunity.

According to Ms. Graham’s article, there are 3,400 F3 groups nationwide, 18 in Katy alone. (According to F3’s website, almost 200 groups have been formed since the article was written.) The mayor of Katy is known to be a member and was photographed high-fiving the other members of his group. Ms. Graham noted the zeal with which the Texas suburban fathers spoke of their F3 group, noting that one even had an F3 tattoo on his chest. At the end of the workout each morning, the men were praying. Yet, instead of making fun, Ms. Graham’s article accepted their sincerity.

F3 groups tend to do better in the south, where the temperature is usually something you can be outside in at 5 in the morning. The early time is meant to develop a new habit that encourages, rather than detracts from, a man’s duties to his family, church, and employer. F3 surged during COVID when gyms were closed, and outdoor fitness was the only game in some towns.

As I would learn, there were no economic barriers to joining, no dues to pay. As far as I could tell from its website, F3 had been set up to avoid the accumulation of power or money that often transforms volunteer movements into bureaucracies altering their mission to one of sheer self-perpetuation. Instead of weights, F3 members lift cinder blocks, which they affectionately call “coupons.” A coupon costs $1.87 at your local Home Depot. You can buy an F3 T-Shirt, but no one will care if you don’t. The national organization licenses its logo to a couple businesses formed by early members, but as far as I can see, no one is getting rich. No one is gaining or wielding power. The purity of the organizational concept reminded me of the 12 traditions of Alcoholics Anonymous, ideals that have caused that organization to thrive for ninety years. 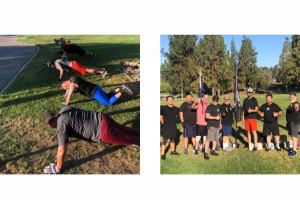 The Circle of Trust can involve prayer but doesn’t need to do so. That is up to the day’s appointed leader, which is usually different each day. As long as your workout involves these five elements, it is an F3 workout. There are no requirements for membership except to show up and do what the workout leader commands.

The three “F’s” are “fitness, fellowship, and faith.” After that, it gets a little challenging to explain because there is a unique name for everything in F3, which seems to delight in using and developing arcane terminology for its members. The meanings of the words are not necessarily secret—they are posted on F3’s website, although you may find the definitions less than helpful. For example, Sad Clown Syndrome, a key term, is defined as “a state of chronic Sad Clown-ism.” Using the alternative language seems to give the members the freedom to say things that are no longer appropriate in regular English. The basic idea is to “be a man,” which is how my then-eight-year-old daughter Katie once put it to me. Being a High Impact Man (or “HIM”) seems to involve cutting out the whining and complaining about your job and wife and family, developing habits of physical and moral strength, and accepting your unique roles and responsibilities, such as doing your job conscientiously and taking faithful care of your wife and children and leading your community to goodness. Saying things like that more directly in today’s world can complicate your life. Hence, the jargon.

According to “Freed to Lead,” F3’s s developing guidebook, the problem F3 seeks to address is the “Sad Clown Syndrome.” As shown above, Sad Clown Syndrome is defined in an unhelpful and circular way, but it seems to refer to the fact that men have stopped being leaders in their families and communities, preferring to drift along in a sea of beer and videogames without constructively taking charge of their lives.

F3 groups work out in what they call the morning “gloom,” outside always, rain or shine. This usually represents showing up at 5 or 5:30 in the morning, a process they call “posting.” I was getting up at 4:40 every morning to work out anyway. My workouts at the local high school track were becoming a critical meditative step in my day, but they were solitary exercises. I tended to give myself too much leeway, walking some mornings instead of jogging. I was getting slower instead of faster, heavier instead of thinner. It all made me feel older instead of younger. Well, I’m in my late sixties, I told myself. I should give myself credit for getting out of bed at all. That was probably a Sad Clown sort of thing to say.

I wanted to give F3 a try. The F3 website turned out to be no help in this regard. There may be 18 groups in Katy, Texas, but there was not even one in the greater Los Angeles area, an area with about 4 million men. Sad Clown syndrome was undoubtedly as much a problem in L.A. as it had been in Katy, but none of the Sad Clowns in L.A. were yet moving to change that.

I thought of going to Katy for a weekend to find out what this was all about. When I shared this idea out loud, it sounded crazy to those close to me. I needed to find a more practical way to learn more about F3.

Next Blog: The author joins an F3 group.