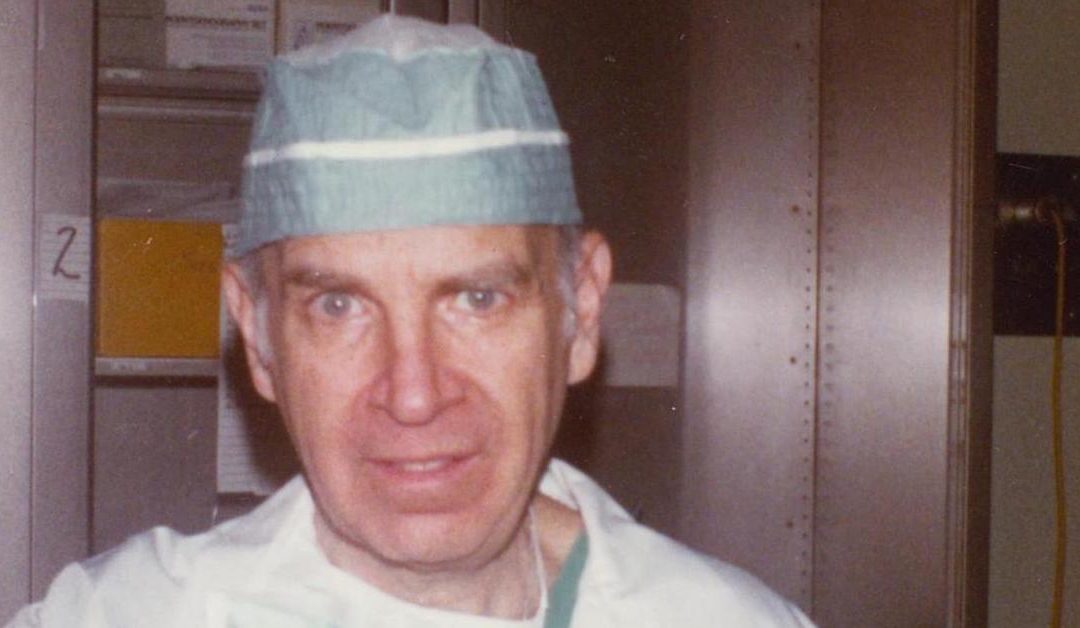 Perhaps you’ve come to this website looking for my father, John Kralik M.D.

My father was the hardest-working man that I ever knew.  Many nights when I was in high school, I would hear the phone ring at 2 a.m., calling him into the hospital to perform an operation. My mother remembers having to drive him home from these operations because he would be too tired to keep his eyes open. But the next morning he would be up at the usual time having a grapefruit and a cup of tea (part of his disciplined diet) and getting ready to go back after work. Here is a picture of him coming out of surgery.

Throughout his life my father was an avid student and teacher of many things. He learned and taught not only surgery, but public speaking, accounting, computers, vocabulary, financial management and diet. He once wrote, with my mother, a two- volume diet book setting out his highly disciplined diet, and the highly disciplined stoic philosophy behind it. For him, the diet was very successful. He lost at least 30 pounds and the before and after pictures are quite dramatic. But he was the only one I ever knew had the discipline to follow the diet. So the book was never published.

At the end of his life, he became nearly obsessed by the concept of the time-value of money as represented by the compound-interest equation. Having lived more than 90 years, he had the opportunity to see the compounding equation in action. He would hand out cards to strangers with the algebra of the equation:  A = P x (1 + r/n)nt.  Then he would buttonhole them to listen as he explained each part of the equation. In the last year of his life, with his kidneys failing, he wrote a book about it. It was published as “Open Sesame,” a title that reflected how he viewed the compounding equation as a magic formula. Maybe you would like the book.

Here is a link to my father’s obituary.