The Comfort of Crowds 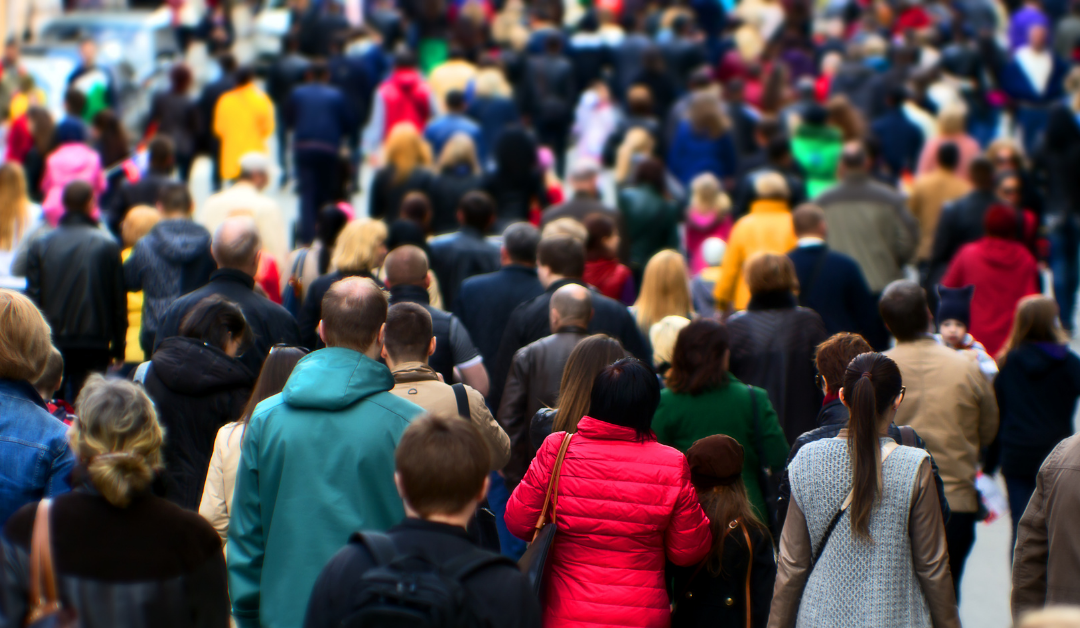 The pandemic brought with it a fear of crowds. If a respiratory virus was not scary enough, the crowds that gathered despite it seemed to be instruments of anger, whether destroying public buildings or storming the capital, or just burning things, humans congregated principally to vent anger. When crowds gathered online, the throng seemed just as vicious, brought together by the thirst to destroy the reputation of someone with greater perceived success, or just the passion to silence an opposing point of view.

While I felt no inclination to join these pandemic crowds, this was not just giving in to fear. As the Dodgers win the World Series only about once every 30 years, we took in some of the 2020 World Series in Arlington, Texas. Watching the World Series with one-fourth of a crowd was a unique experience that may never be repeated. Mostly, the one-fourth effect was enjoyable and relaxing, but the shorter lines gave the Tampa Bay fans entirely too frequent access to the beer at the concession stands. By the sixth inning, more than a few of them were showing the signs.

When the football games were cancelled last fall, I solemnly told my daughter, then a Michigan junior, that the people of Michigan would stand for a lot of strange pandemic rules, but not for two years without football.

Sure enough, in late September of this year, my old college roommate and I went back for the second game of the season. (And, of course, to see my wonderful daughter, now a senior.) There were already T-Shirts on sale honoring the 106,000 souls who had gathered the previous weekend, so we were not trailblazers. We joined the 106,000 the next day, and this was for the Rutgers game.

As we walked to the south of campus, we became trapped in the throng, shoulder to shoulder.  Even for me, this was an unfamiliar, disorienting, and anxiety-producing experience. I felt like a small bird in a major migration. Yet before I could think too much about the crush of humanity in which I was trapped, the Michigan Band marched sturdily through, pushing us to the side. Looking around me, I saw tears in the eyes of the unmasked fans as they felt the joy of hearing the fight songs played sincerely once again on a fall afternoon. The crowd’s mood became my mood and the mood said there was hope that things could be better again, maybe even something like they were before.

When in a crowd that big, you are at its mercy. Everyone’s good sense and calm must pull together to prevent a stampede, and serious injury. The crowd at Michigan stadium that day was in a celebration of the bright sunny fall and the hope for the future. As we have been reminded recently by events at the Christmas parade in Wisconsin, participating in a crowd, even a crowd of good cheer, leaves you vulnerable to the forces of evil that wish to do harm to humanity in general. Every car that drives by carries this potential. So being in a crowd requires you to have some trust once again in your fellow man.

And yet we gather. For the joy that can come from these crowds keeps many participating. Just yesterday the field at the Big House was thronged by thousands of the same souls I walked with in September as Michigan finally beat Ohio State. The players just stayed on the mobbed field after the game, reveling in the crush of bodies. It was enough to brush away the cold of another Michigan winter.

The event that truly renewed for me the lost feeling of the comfort of a crowd was the late October 2021 concert by Jackson Browne and James Taylor at the Honda Center in Orange County. This was a crowd of nearly all senior citizens. Both artists are solidly in their seventies, and most of their fans are at least in their sixties, like me. The lines at the bathrooms showed that age can be a great equalizer between the sexes, as there were longer lines for the men’s rooms.

The event staff made a valiant effort at a vaccine check, and the masks were supposed to be on, but once the full house was seated, very few people wanted a piece of cloth between them and the songs they loved so much. Or their fellow man.

Both artists seemed tentative when they started, as if they didn’t know exactly what would happen. But they, and the crowd, gathered verve with each song. Jackson Browne came on first, and by the end of his set he and the crowd were rocking. The music of Mr. Browne wears well over the years and he himself seemed in solid shape, as if he had a new personal trainer. He was an old soul when he wrote his first songs, and the world weariness of them takes on new meaning with the years. In “Doctor My Eyes,” he sang about what happens when you keep your eyes open too long at 23. You see some things you wish you hadn’t. But at 73 your eyes have been open much longer, and there are many more unbearable things you wish you could unsee. But you can’t, and you can’t forget them either.

James Taylor seemed even more wavering at first, not quite able to keep up with Jackson Browne’s band. His sweet voice has lost some of its tone and power, and the crowd could feel it, and worry for him. But with his own show he pulled on the emotions of the crowd. I could not find a dry eye as the crowd sang, “You’ve got a Friend” together. It was a communal catharsis. I doubt there was one person who had not lost a friend to the pandemic, or its political divisions. The song was a needed reminder that people could still be friends and what it meant to be one.

Mr. Taylor’s songs are familiar as friends. I am one of those who comes back like summer every year to hear “Fire and Rain,” again and again and again. As he sings, that’s why he’s here, and why he still wants to be.

The show needed to end, but Mr. Taylor was feeling his own joy at performing again, and played encore after encore, bringing Jackson Browne from the wings to join in. Finally, he ended by singing “You Can Close Your Eyes,” with his son Henry. The performance highlighted the vulnerability of the artist and the passage of time. While he could still sing the song, he was letting his son know that he too could sing the song when he is gone.

I was grateful I could hear these songs one more time before I am gone, and hopeful that there will be at least one more summer to come back again.

A few people pulled on their masks as we walked out. There is comfort in crowds, and they could feel it slipping away.