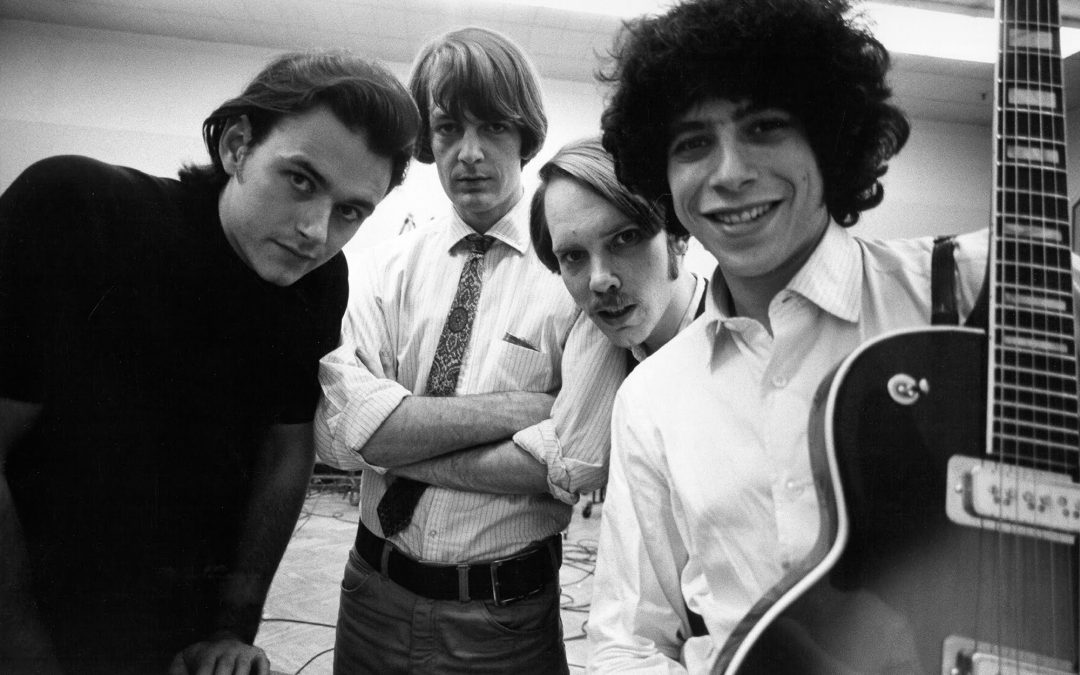 Fridays can be hard for me, as they surely are for you. I wonder, as I drive in, whether there is enough energy to get through the demands of the day.

I try to start my Fridays with a prayer, and lately have turned for inspiration to a pretty great app: Pray.com. I can find a prayer, play it from my phone into the speakers on my car stereo, let it surround me and bring me slowly down the hill towards the city where I work.

But this Friday, as it often does, the phone had a mind of its own. I plugged it in two or three times, pressed play again and again. It kept insisting that what it really wanted to do was play a song I hadn’t asked for from an app I wasn’t using. No matter what I did, it kept cueing up this same song. So I let it play. It was Jesse Colin Young, singing Get Together.

The words are simple. The words are naïve. Everyone who was alive when it first played on the radio knows them by heart. They end with:

Everybody get together
And try to love one another right now

After I let the song play all the way through I realized that this song really was a prayer, and a prayer I needed. There is no denying that we have been driven as far apart as we have ever been by demagogues, politics, economics, disease and irrational fear. I can’t be the only one who feels so far away from people I know and love. This must end. We need to come together. Right now. So I let the prayer play again.

I remembered the day, 47 years ago, when I heard Jesse Colin Young sing that song. I was nineteen, home in Cleveland briefly at the end of the summer I spent by a lake in Northern Michigan. I was along by two dear friends to see the massive concert billed as the World Series of Rock. It was August 31, 1974. We had paid our $10 at a record store, and we took our place standing shoulder to shoulder with the throng on the rock-hard field in Cleveland’s cavernous Municipal Stadium. The lead act was Crosby Stills Nash & Young. They played for three hours and ended the night with Neil Young singing about “Four dead in Ohio.” Many in the crowd were teenagers and college students, some doubtless from Kent State, which was a short drive down the road. We all seemed to feel the song, and the events at Kent State personally. Ending with that song seemed to release all the feelings of anger and grief and alienation, especially the feeling that no one was listening to us because we were young. Now Tin Soldiers and Nixon were no longer coming. He had resigned just weeks earlier. Now the war would surely end. We left the stadium exhausted from eight hours of musical catharsis.

But the moment I remember most from that day was the short set played by Jesse Colin Young. He seems to have been a last minute add on. Posters for the day had his name in small type, preceded by “with” or “also.” The other groups were all louder and bigger and more famous. Santana played that day. The Band played that day.

It rained during Jesse Colin Young’s set, and we feared that it would rain all night. How would we feel after 9 hours in the rain? I can’t be sure, but he might have been playing “Grey Day,” a beautiful song, and fit for the weather. Then he launched into “Light Shine,” begging people to “let your light shine.” There is a moment in that song when it goes up tempo, and almost becomes jazz.  At that moment the sky opened, and the rain stopped. We danced for joy and hugged deliriously. And that is the moment I most remember. By the time Mr. Young played “Get Together,” the crowd was really and completely together. There was neither social nor emotional distance.

I think now of the 80,000 people around me who danced in unison that day. We felt completely together in every way, brought together by the common soundtrack we’d been listening to, living to, since Woodstock. United in the love of each other and of the music that brought us together. Where are these souls now?

About half have probably died, I suppose. Twenty thousand of those who are left are separated by the conflicts of the day from the other twenty thousand. Most are living and communicating through their computer screens. They move warily around those whom they encounter at the store, their faces covered in masks. How long has it been since they have hugged each other as we all did that day, or even shaken hands with one of those who was at that concert?

I wish I could bring us all back together and we could sing along again that it is time to get together and hug and love one another. Because it is time. Right now. 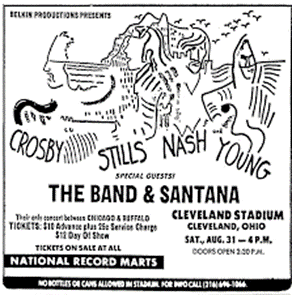 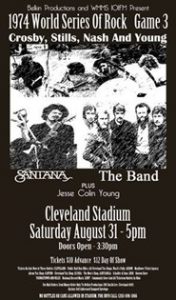