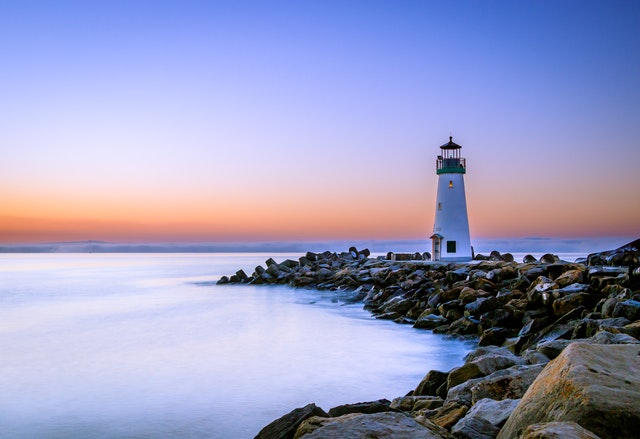 It’s Mother’s Day, 2021. For the first time in 14 months, we walk through the doors of our church. Looking around, old friends are recognized. The seats seem full, though some are held empty. We see the joyful faces of the singers, singing out, singing at last, that “Death was Defeated; the King is Alive.”

Of course, death was not completely defeated, and the empty seats around us testify to that. Some number of us have died, including from the disease that caused the pandemic. Some have moved to other states where the church doors were allowed to opened earlier.

For some, the bonds with their church have been broken forever by the lockdown. Many churches, like many restaurants and small businesses, are now closed for good.

Our church is one of the lucky ones. It is open today. My wife notes that in a strange way, even with the masks, it seems exactly the same as it was before all this started. The pastor takes off his mask and begins speaking. There is clapping, and everyone lets out a breath.

Sitting there, I think of the sermon I heard on Pentecost Sunday 2020 in a rural Catholic church in Ohio, where I had gone to try to clean out my parents’ garage. Even then, after only six weeks of lockdown, there was relief and tears that people could again gather and say the Lord’s prayer. The priest made clear that the lockdown was over, at least for him.

“It’s inhuman,” he said.  “We are meant to be together.  We are made to be with other people. We are made to give of ourselves in love.” When he gave communion to everyone, he offered to deliver it to the lips of anyone who wished for it in that way, the old way.

Nearly a year later, on Palm Sunday 2021, I was driving from Michigan to Ohio to do more work on the garage that holds 50 years the history of my parents’ lives. I detoured to drive by the shore of Lake Erie. As I drove along the lake, I listened to a book I had meant to read for years, Victor Frankl’s, Man’s Search for Meaning.

Frankl, I knew, was a doctor who became a distinguished psychiatrist after World War II. He spent much of the war ministering as best he could to the mental and physical health of his fellow prisoners at Auschwitz and Dachau, and two of the other Nazi concentration and extermination camps.

In the hard fight for existence through which he lived, Frankl learned that “Man’s search for meaning is the primary motivation in his life. . . .” The meaning of life “differs from man to man, from day to day and from hour to hour.” In the camps, the prisoners’ fates were often determined by the randomly cruel decisions over which they had no control, but those who could control their own reactions, who could find meaning in their suffering, bore a greater chance of survival.

According to Frankl, mankind discovers meaning in three ways: (1) by creating or doing, (2) by experiencing something or encountering someone, and (3) by the attitude we take toward unavoidable suffering. It struck me that this message was so similar to the one that the priest in rural Ohio had been preaching the previous Pentecost.

The effectiveness of the lockdowns to prevent disease has been debated throughout and will be debated for a long time. There can be no doubt, however, that lockdowns caused massive damage to the institutions, activities and relationships from which humans draw their essential meaning. Of course, there were many unwelcome opportunities to deal with unavoidable suffering, but, as Frankl found, so few of us are really equipped for that.

Frankl was separated from his young wife, who died at Bergen-Belsen. But he wrote: “Love is the only way to grasp another human being in the innermost core of his personality.” During the pandemic, the opportunity to even encounter others, to see them or greet them was taken from people for more than a year. Many did not embrace even their closest family members for months. People died without a goodbye or hug. While there are a few people who grew closer to the small number of people in their inner circle, every person suffered the attenuation of contacts and relationships with family and friends and the social circles created by their work and play. The pandemic was a time in which all of us lost touch with some part of what gave meaning to our lives.

So many were deprived of work, the opportunity that their careers and passions gave them to create something, to perform some useful function. While some industries thrived, and many worked from home, there were too many who could not. Meaning was derived from this halted work, this halted creation. Meaning that could not be replaced with a check.

As we go forward now, there will be much attempt to determine whether some of the death and suffering could have been prevented. Blame will be assessed. A more important question now, however, is what we can do to rebuild the friendships, the families, the work, the arts, the churches and schools that give our lives meaning.

As I approached my destination that Palm Sunday, the audiobook reached Frankl’s famous words, in which he tried to understand that occasionally decency could be found even among the camp guards.

“From all this we may learn that there are two races of men in this world, but only these two—the ‘race’ of the decent man and the ‘race’ of the indecent man. Both are found everywhere; they penetrate into all groups of society. No group consists entirely of decent or indecent people.”

I was grateful for the opportunity the drive along Lake Erie had given me to touch this valuable book, and for the survival of its wisdom through the generations since its publication.

As I approached my destination, I realized that it was Palm Sunday, and I found my way to the church where I attended Mass the year before. Not only was it open, but it was full, and plans were being made to extend the Easter services to multiple locations to accommodate the growing parish. The church had not only survived, but it had also thrived. The same priest was still there, and he still gave everyone communion. On the lips if that was what they wanted or needed to give their lives meaning. 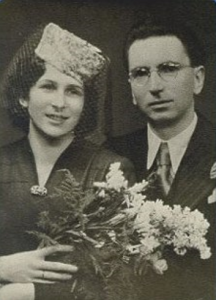